MIT biologist, Guarente has almost 30 years of researches in longevity area. His MIT laboratory published new work identifying SIR2's activity as a NAD+-dependent protein deacetylase. This NAD dependence explained how SIR2 could connect diet to physiology and suggested the mechanism by which calorie restriction could extend the lifespan of some organisms. He was previously involved with Sirtris Pharmaceuticals, a high-profile biotechnology startup that studied resveratrol, an anti-aging compound found in red wine that it hoped would help patients with diabetes. That company was bought by drug giant GlaxoSmithKline, but early trials failed to pan out. Guarente made the case that involvement of SIR2 in metabolism and lifespan is conserved in other organisms. In round worm, Guarente reported that Caenorhabditis elegans, expression of SIR2 (sir2.1) is sufficient to extend longevity and in the fruit fly, Drosophila melanogaster, overexpression of SIR2 was also reported to extended lifespan. Its Elysium Health company will be turning chemicals that lengthen the lives of mice and worms in the laboratory into over-the-counter vitamin pills that people can take to combat aging. 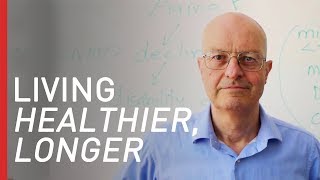 Most of medical science focuses on combating disease and managing the impact of aging. But one MIT researcher wants to tackle aging head on. Through decades of research, Dr. Leonard Guarente has uncovered a basic mechanism to regulate aging and co-founded Elysium to turn his research into a product. Elysium's mission is to help people live healthier for longer.

When scientist Leonard Guarente first identified the gene that controls aging in yeast cells some 25 years ago, he reali...