Steven N. Austad, Ph.D., is the scientific director of the American Federation for Aging Research, the co-principal investigator of the National Institute of Aging’s Nathan Shock Centers of Excellence Coordinating Center, and a distinguished professor and department chair in the Department of Biology at the University of Alabama at Birmingham. A multi-award winning researcher, his scientific interests concern many aspects of the biology of aging and the evolution of life histories, from molecular processes to evolutionary demography. He investigates aging in a number of species. His current research interests include figuring out why organisms age at different rates, particularly in especially long-lived organisms such as quahog clams and hydra. He is also interested in studying indicators of animal healthspan as well as the effects of rapamycin on mouse healthspan. He is author of more than 190 scientific articles and more than 100 newspaper columns on science. His book Why We Age: What Science Is Discovering About the Body’s Journey Through Life, has been translated into eight languages. 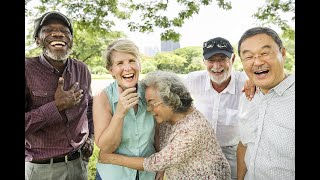 In the past decade a new science has arisen. Take a look back as we dig deep into geroscience as we find out how it studies the biology of aging, looking for ways to treat the aging process as one would treat a disease. This webinar is presented by the UAB National Alumni Society and UAB Office of Planned Giving. By targeting itself, the underlying cause of virtually all maladies of later life, it should be possible to delay most or all of these maladies as a group, promising longer, healthier lives. Join Dr. Steven N. Austad as he discusses the latest developments in this exciting new field. Dr. Austad is Distinguished Professor and Chair of the Department of Biology at UAB. He is also Senior Scientific Director of the American Federation for Aging Research, a New York-based national philanthropic organization. His research includes many aspects of the biology of aging.