Dr. Asher Hasan is a disruptive innovator and a serial entrepreneur in the areas of digital health and financial inclusion. He is the Founder of Naya Jeevan and the Co-Founder of doctHERs, Pakistan’s first telemedicine-enabled network of home-based, female doctors. A TED speaker and TED fellow, Asher has previously served on the World Economic Forum Global Agenda Council for Social Innovation (2012-2014) and is a 2011 World Economic Forum/Schwab Foundation Asian Social Entrepreneur of the Year. Prior to launching Naya Jeevan, Asher served in the capacity of Senior Director of US Medical Affairs for Amylin, a leading bio-pharmaceutical company in San Diego, CA. Asher completed an MBA from New York University’s Stern School of Business. He has conducted pre-clinical research at Harvard Medical School and Massachusetts General Hospital followed by training in General Surgery at Beth Israel Medical Center. 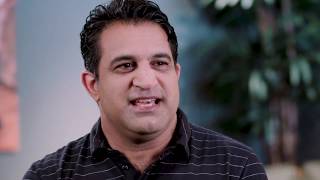