J. Craig Venter, PhD, is regarded as one of the leading scientists of the 21st century for his numerous invaluable contributions to genomic research. Dr. Venter is Founder, Chairman, and CEO of the J. Craig Venter Institute (JCVI), a not-for-profit, research organization with approximately 200 scientists and staff dedicated to human, microbial, plant, synthetic and environmental genomic research, and the exploration of social and ethical issues in genomics. Dr. Venter also is a co-founder of Synthetic Genomics, Inc. (SGI) and Human Longevity, Inc. (HLI). Dr. Venter is one of the most frequently cited scientists, and the author of more than 280 research articles. He is also the recipient of numerous honorary degrees, public honors, and scientific awards, including the 2008 United States National Medal of Science, the 2002 Gairdner Foundation International Award, the 2001 Paul Ehrlich and Ludwig Darmstaedter Prize and the King Faisal International Award for Science. Dr. Venter is a member of numerous prestigious scientific organizations including the National Academy of Sciences, the American Society for Microbiology. 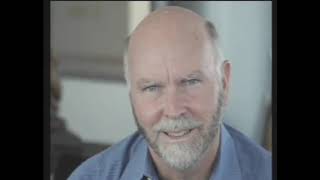 Join J. Craig Venter, PhD, Founder, Chairman and President of the J. Craig Venter Institute and past Cleveland Clinic CEO and President, Toby Cosgrove, MD for this series. Ideas for Tomorrow is an ongoing speaker series that provides a forum for the world’s most distinguished thinkers, speakers and personalities to engage in a dialogue with members of our community.